Menu
Log in
Register
Navigation
Install the app
More options
Contact us
Close Menu
You are using an out of date browser. It may not display this or other websites correctly.
You should upgrade or use an alternative browser.

I picked these up a few months back from a guy that just wanted to get rid of them. I paid $25 for a pair of Root Beer E-wires (that i might be selling) and a slightly beat up pair of original Twenty Silver with blue lenses that were missing their earsocks.

I decided to do a quick refurb of them so my 6 year old boy can look stylish and learn how to care for them. Start 'em young, right?

I didn't intend to put too much into the clean up since I know they will get dropped, etc. I used an acrylic paint after cleaning the frames in soapy water and rubbing the flaking paint off. He loves his super heroes so I decided to go with Captain America for the theme.

I looked around for OEM earsocks with zero luck. No one here in the forums send to know of any earsocks that will fit. I tried speaking to a guy at one of the Charlotte Vaults but as soon as I told him what I was doing he said there is nothing that will fit the frames. That took me aback since up until then every single Vault employee has been great. Undeterred, I found another employee who was obviously more of an enthusiast. We chatted for a bit and then he started going through all of the earsocks they had that looked close. I had already tested Flak 2.0 and although they didn't look too bad, I wanted something a little sleeker. Our best find was the socks for Quarter Jackets. They didn't have red in stock so I ordered some online when I got home.

We chatted a bit longer and I tried on a few different styles to waste some time. I liked the Mainlink Pop colorway so I decided to buy them as a way of thanking the guy. I made sure the original 'helper ' was aware that I got them. LOL.

Pics are of the frames the first time I let my boy wear them. The second is a shot of the Flak 2.0 socks on. The final pic is of the finished product. The earsocks aren't perfect but they aren't that bad. Anyway, anything is better than having nothing there at all. I'm still debating on what to do for the nose bombs since these are double pointed and LONG. It's a possibility that trimming the upper point and then using a dab of glue to secure some from Flak 2.0 or similar.

Let me know what you think of the set! 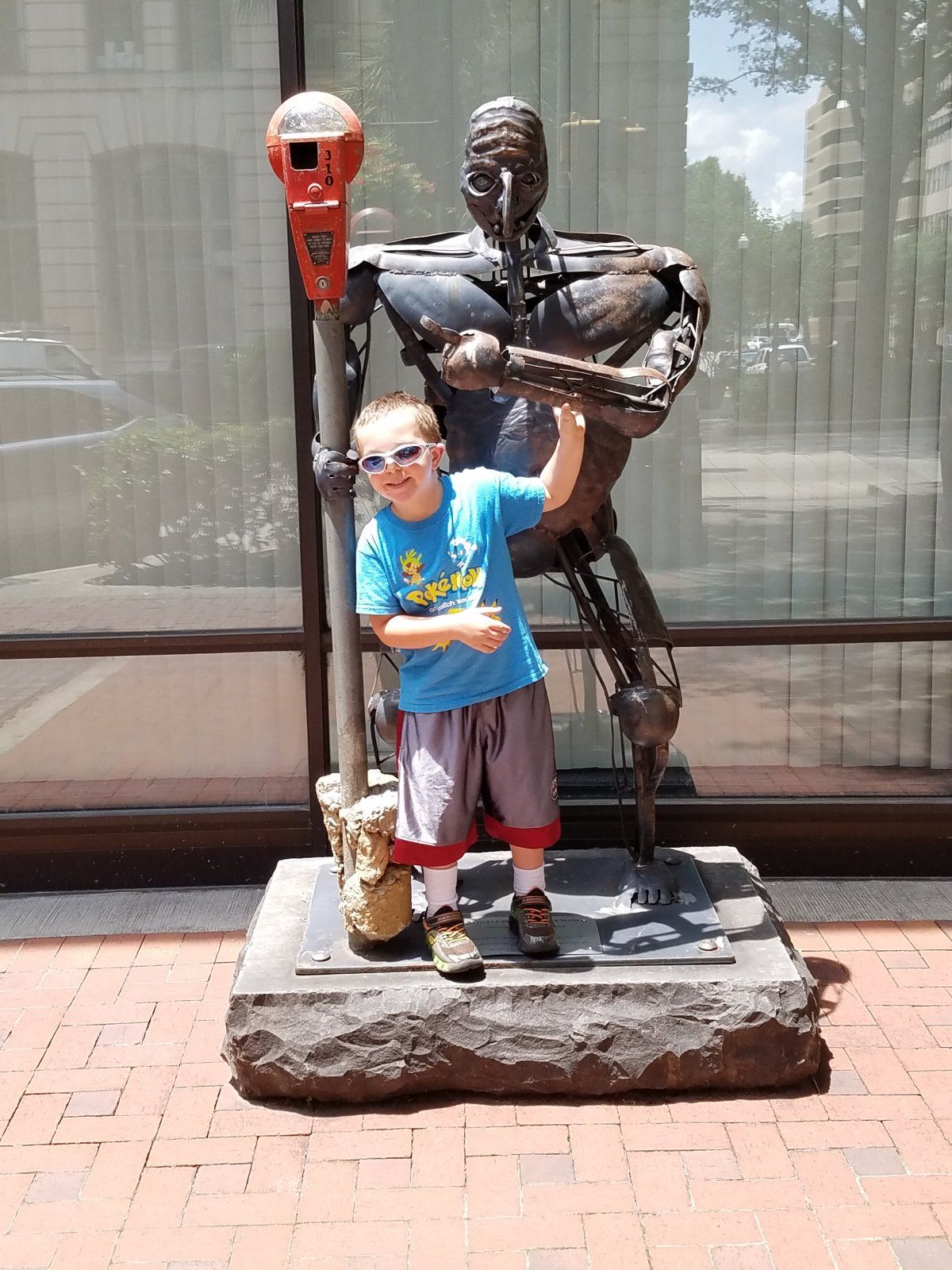 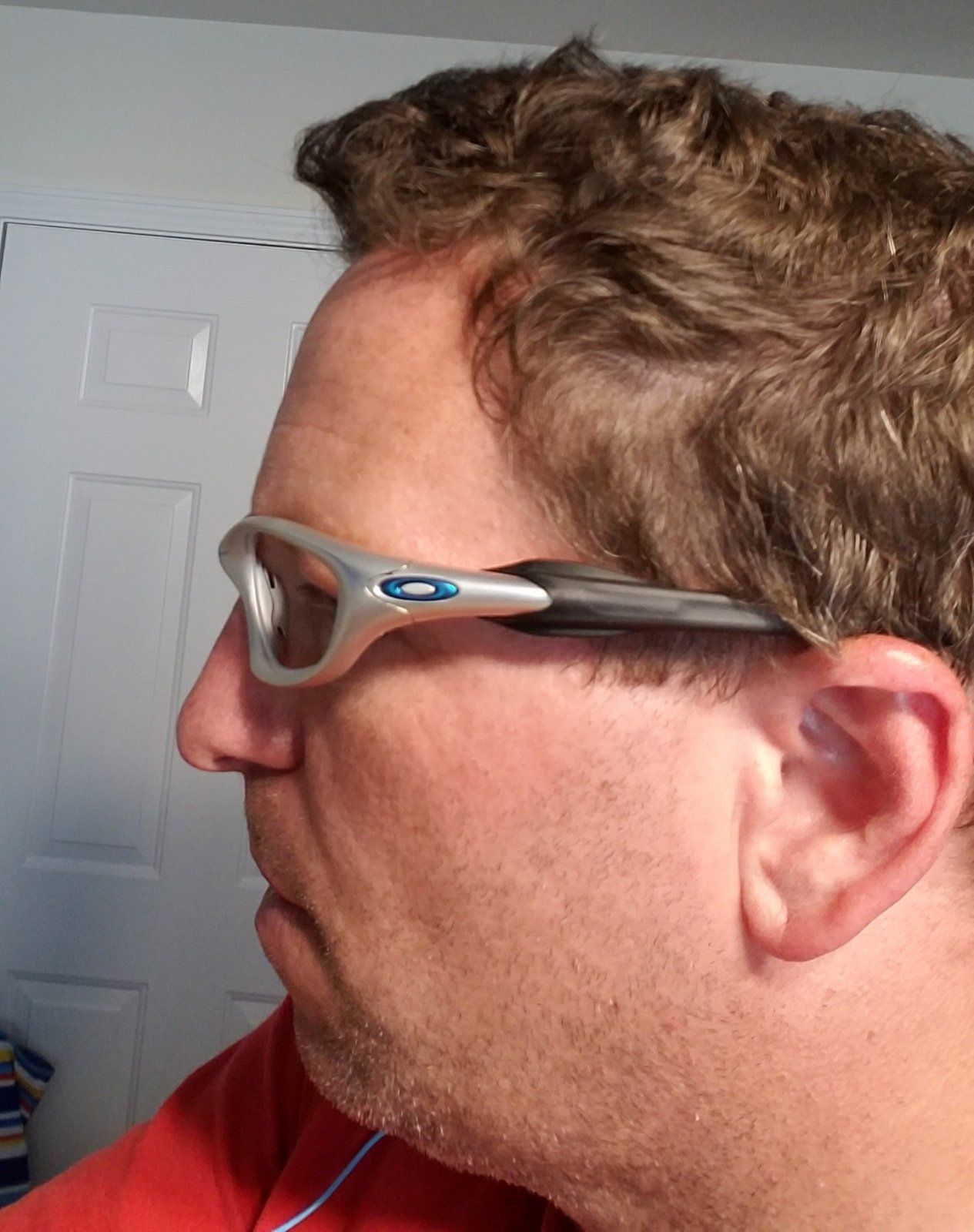 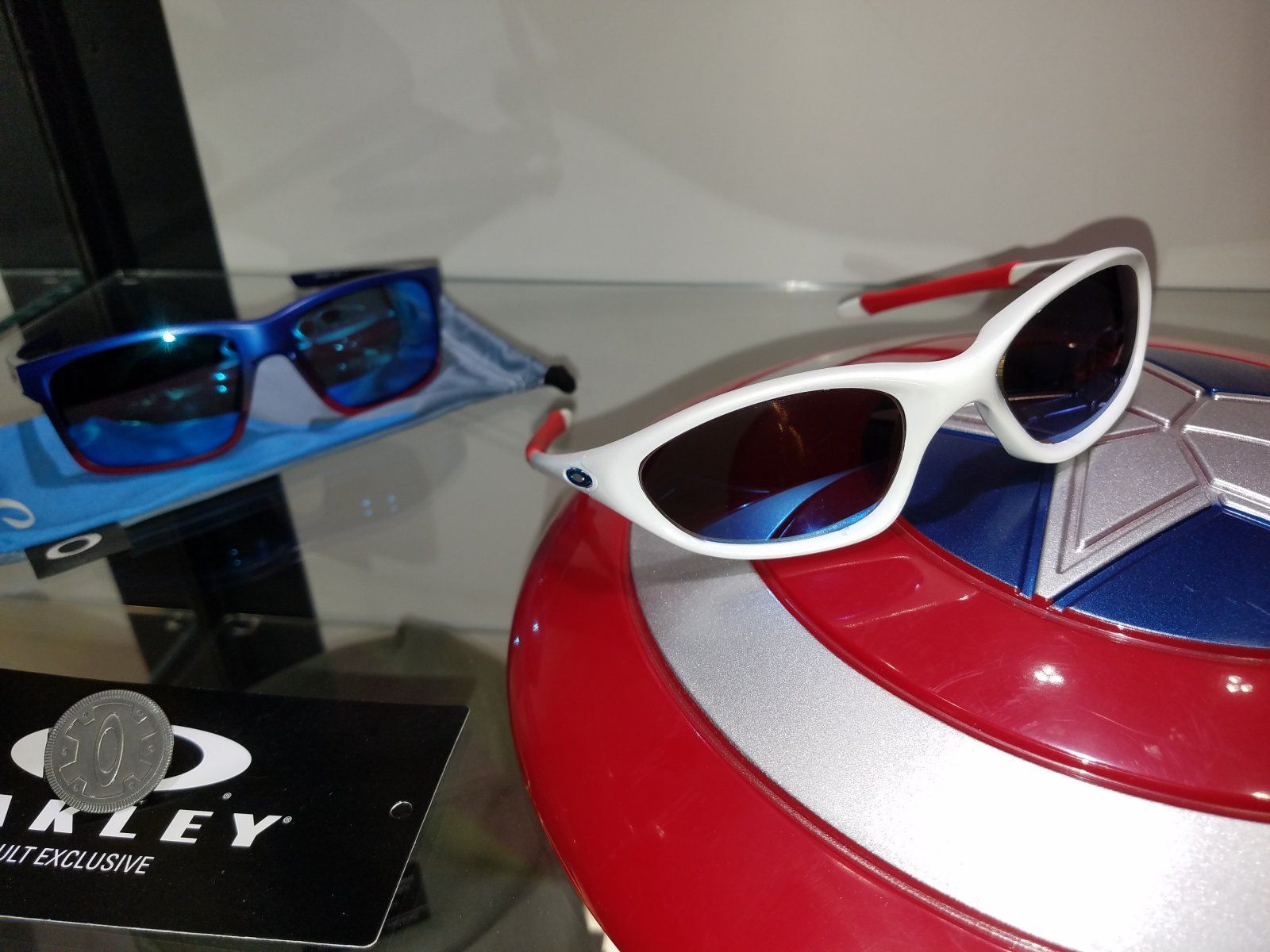 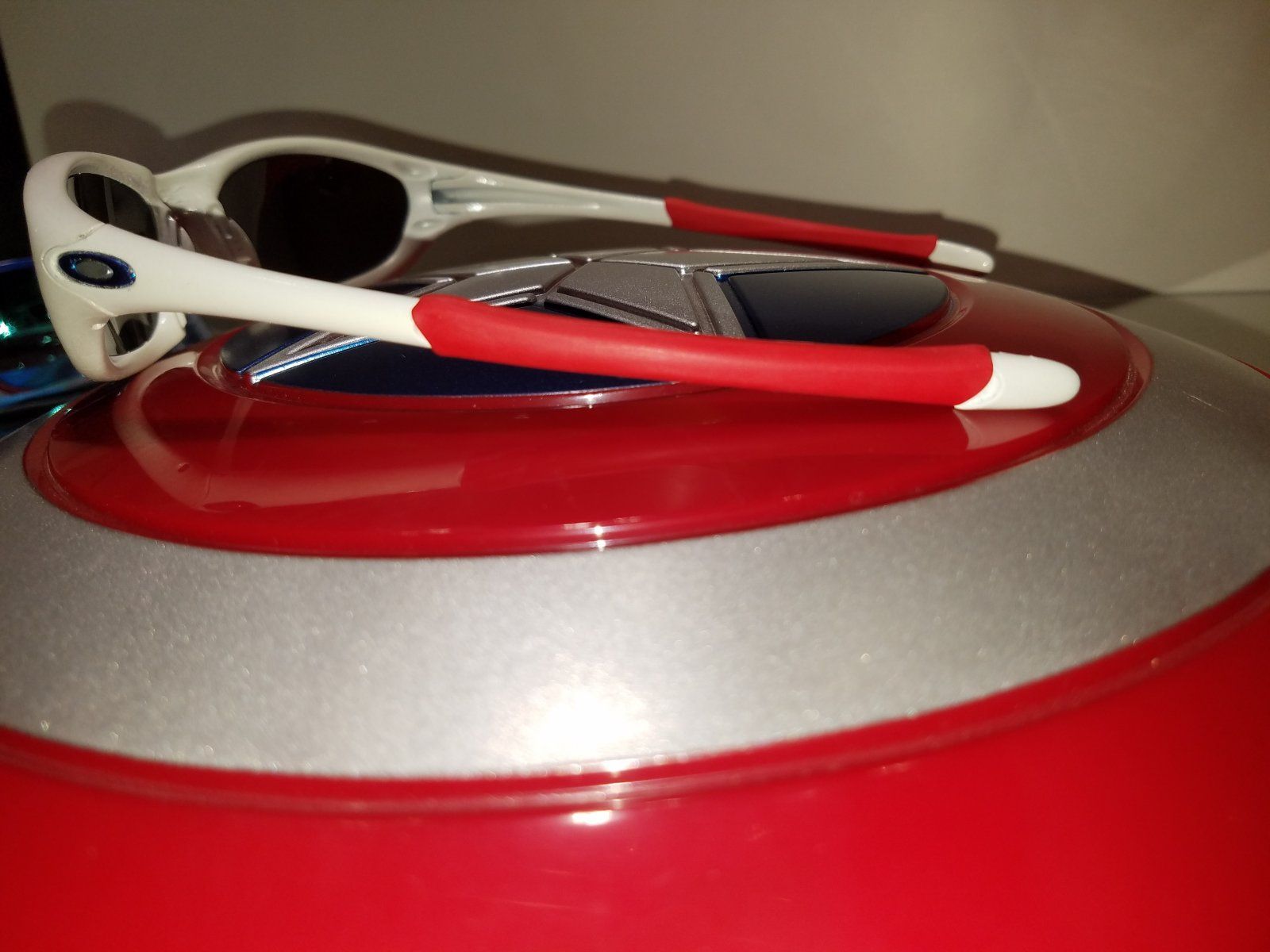 Wow, they look amazing! Your kid doesn't know how cool he looks now!


Thank you, sir! He hasn't seen them yet. He's at the grandparent's tonight. He gets to see them at breakfast tomorrow.

Congrats, your Son is gonna love those pairs. Also when it comes to Oakley, I say you Deserve Dad of the Year!

They look great. IMO, both sets of socks work. I think you have just given hope to Twenty owners everywhere.

Rick58 said:
They look great. IMO, both sets of socks work. I think you have just given hope to Twenty owners everywhere.
Click to expand...


Thanks, Rick. I like the Flak socks but I wasn't positive about the flared part since the Twentys are a thinner frame. One thing to note: if the Flaks are used, the small tab at the front would need to be trimmed off and I would suggest a dab of adhesive to keep the large flap from moving. It IS a little longer so it covers the contours of the arm a little more, which I like.

I think it's safe to say that he loves them! Now we have to go find a small Captain America figure to go with them, similar to my Iron Man Flaks. He is excited because his will go on the shelf with mine. 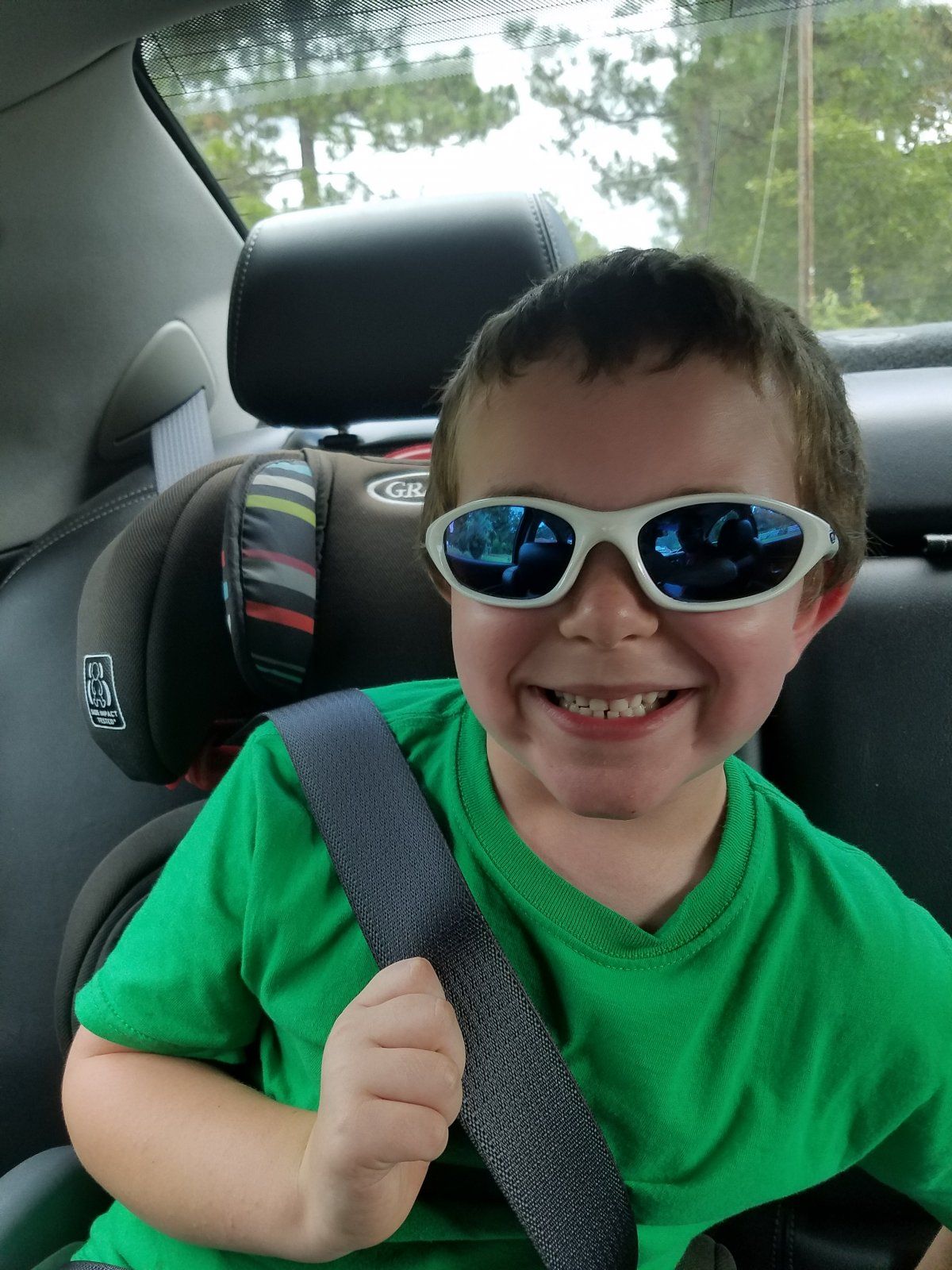 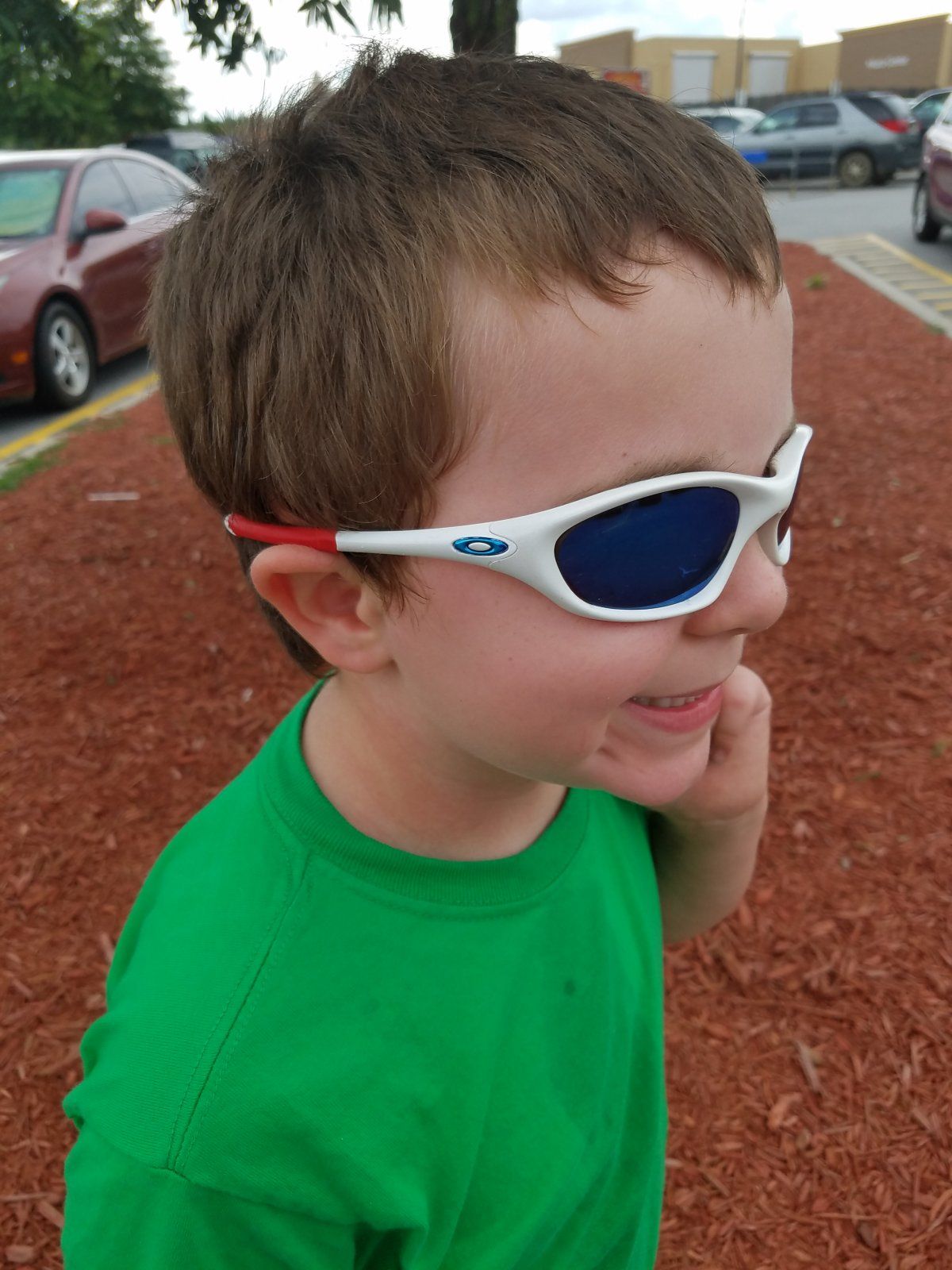 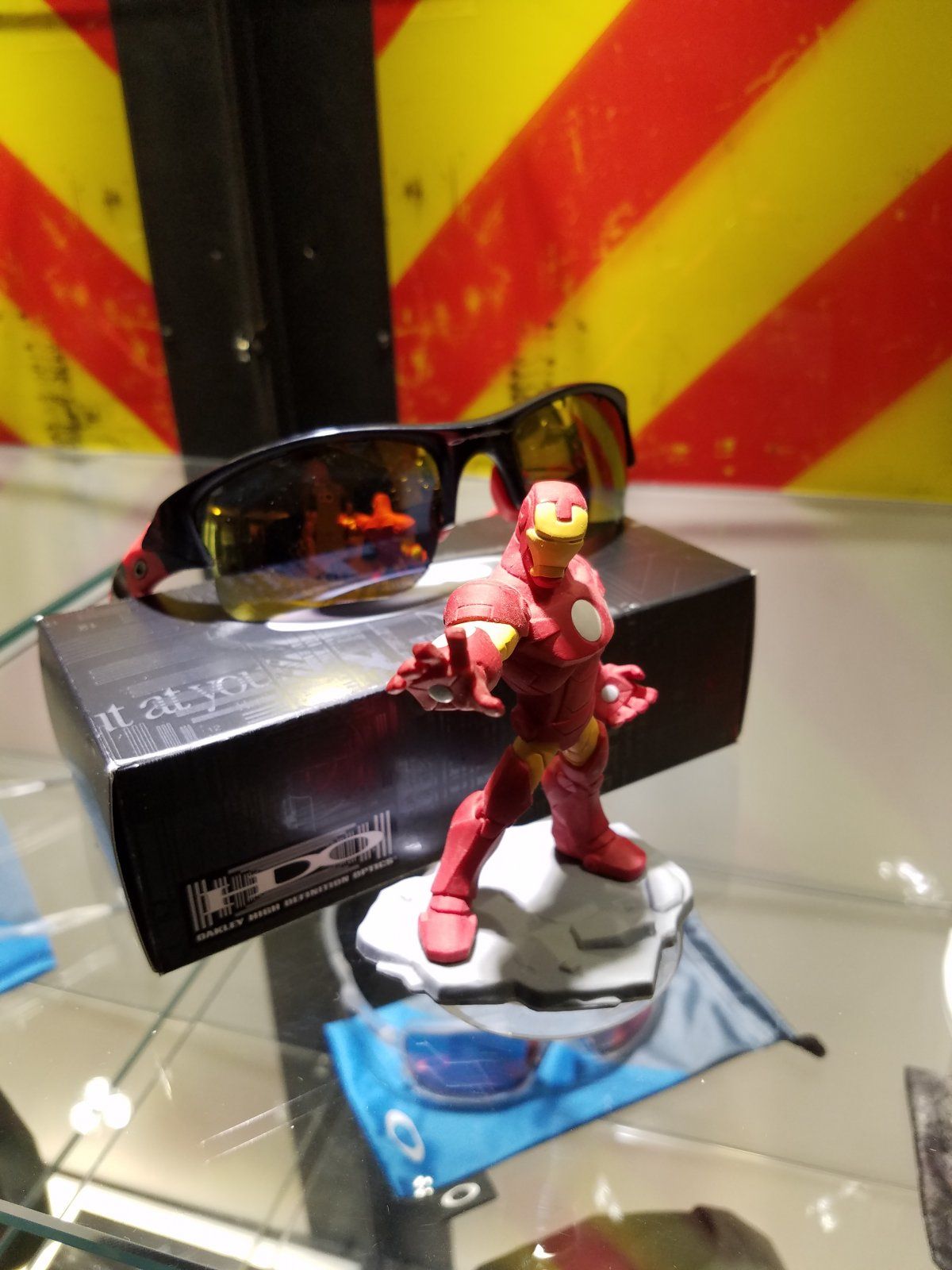 The Twentys look like a million bucks, but that smile is priceless. Good job Dad!

Flak 2.0 XL Uranium Distracted by frames/I can see my frames