Status
Not open for further replies.

That would scare me off too... especially when his first sale is a high dollar item and a rare piece at that.

Lens do have the etching but still a crazy price. The same seller also has all three listed

krokus99 said:
Is this rare?

Does it have an sku? The colors look off to me. Also not rare

ericforman said:
Does it have an sku? The colors look off to me. Also not rare
Click to expand...

Looks like a very poor attempt to copy the Flora Fire Fade. kroskus99 mentioned elsewhere that the SKU was wiped off when trying to clean the frame 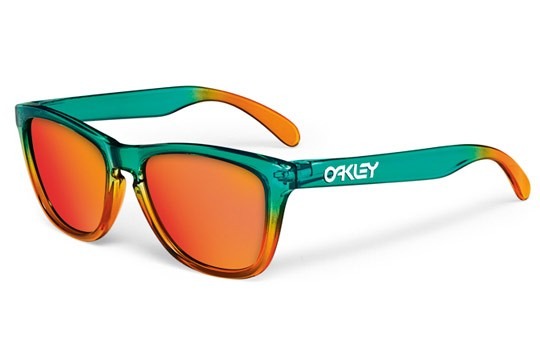 thats right. the sku is printed on the frame. but no skrew on the hidges. is this fake. how can i tell it is fake?

Looks like a fake flora. The stars were sometimes found on the fade series as well.as on a few other older pairs. Like some black.lights and a couple clear with violets. Personally I only have a few with the star. However this one looks way off. At least the colors do.. anyway yes if the sku wiped off....... lololololol...they are super fake. If those are the actual colors and it's not your camera they are fake..

Also they wouldn't be rare at all. 3k pairs were produced of the fire flora

Main list completely updated. I'm gonna work on photos for each pair @Oakleynerd. @mercbezerk I'm gonna use some of yours in the thread for the top post. Thanks guys. I hope to do it over the next few days.. I'll also look around I think there are some missing..

It seems as though I can only upload 10 photos max to the top post. I guess I figured it would be unlimited on a stickied top reply. I'll get in touch with @OakleyBoss to see if he can change that part for us. Might be a little bit of programming not sure. If it can't be done I'll cut and paste Shannons photos over top of the first replies in this thread from years back. It would be really cool if we all could see photos of every pair on the single top stickied post. It's a great peice of information for any frog lover.

Status
Not open for further replies.