THE ultimate image will be continually available when it become mainstream. The digital data will likely be down loadable only, or able to be purchased by Data drives (sd cards, usb cards, etc). Blu Ray cannot hold that much information. Current Blu Ray 1080p movies, the big ones, are about 40g a movie. Cheaper lower budget movies are typically 20-30gigs. Star Wars set are 40-50 gigs ea. Also not all Blu Rays are 1080p, alot are done for 720p.

Now, they mentioned upscaling to 4k, and you would have a slightly better pic (if even noticeable, likely not) than 1080p. The 1080p has 1080 vertical lines of resolution. P=progressive and means for each scan the image shows all 1080 lines. 1080i= interlaced, and each scan shows every other line. 720p means each scan shows 720 which is a better pic than 1080i. ALLLLLLL TV shows are either 1080i or 720p, except for the new stuff shot in 4k which is downgraded to 1080p, but very limited. Reason why is production companies got tired of shelling out funds for each camera type, only to then have new technology come out a year or so later. Also the bandwidth required to move 1080p through the internet is huge. So very limited there too. Blu-Ray and Video games are the main 1080p content. Video games are only 720p for gameplay, but alot are 1080p for the cut scenes.

Amazingly enough, like only 65% of households even have HD tv's. For HS Internet only 65% of Americans have access at this time. So those of us who are used to 50megs of speed, that is not true every where.

Marketing is the big picture for all Video related items. The old battle of Plasma and LCD's is like all other information out there. Most people do not know the truth and purchase falsely and do not know what they bought. PLASMA tv's have the best picture without a question. The Pioneer Plasmas in the late 2000's still hold the best pic.. Until OLED comes out to where all can purchase, the plasmas still win for picture quality.

Did you know your LED thin screen Samsung is still a LCD tv, and cannot show moving images without ghosting, or blurring. Only diff is the LCD market took out the fluorescent back lighting and added side tube lighting with LED's to make it thinner. (edges are brighter, due to the tubes, and distance the light has to travel to get to the center of the screen). LCD's acutally have to correct the image due to not being able to acuratley display the inputted image. Main issue for LCD's. All household electricity is based on 60hz. The 120hz LCD's and the 240,480 are multipliers of that, and for example, the 120hz shoots 5 images per real image shown IOT get a more complete pic to reduce the ghosting effect. The 240 adds in 9 frames extra to do it even more. The higher you get for the larger TV's the better the pic. Side effect for it, is when you look at your tv picture, and it looks so real, start noticing how fake the images are. Adding in all that brings a false effect, where objects look too sharp. It looks neat and cool, but it is not how your Physical EYES see. Do you see things in real life that way. The answer is NO. Your eyes see things softer, and your brain helps to judge the depth. Now for the smaller the tv, the less is needed to manipulate to correct the image as best as possible to what is being inputted to the TV. 45" and under the 120hz is fine. Less than 40 the 60hz is fine. Side note-----92 out of a 100 people cannot tell the difference between a 720p picture and a 1080p picture at 45 to 50in. That is how minimal, at that size the image actually is. Also, in most stores, the advertising images shown on the TV's are done in 1080p and pumped into them to show how great the image actually is. Also all TV's are set on a manufacturer setting.

Take a wall of Tv's and turn a random one's brightness up really high, and a customer will always say that is the best picture on the wall. Turn that one back down and turn another up, and the same customer will now choose a different one.

Plasmas----NO motion ghosting or blurring. The TV does NOT have to correct the image at all. It just shows it the way it is supposed to show it. Phallacies in public--- Plasmas dont last as long--UNTRUE, it has been document they actually last longer
Plasmas burn hotter and cost more to run-- Sometimes true, but turn up the brighteness on a LED and it will be the same heat
Plasma glass has to much reflection, I hate that, I can see myself on bright days, No I want the LCD's they dont do that,
FALSE---- To a point, Yes Plasmas use glass, which is clear and reflects, but over the past few years LED-LCD manufacturers gone to clear plastic screen to get a better image. They will reflect just the same as glass. Also if you have a matte screen, that detracts from the image.
I want a thin tv--- plasmas are about the same thickness, but compared to LED's they are 3in thicker. does it really matter if your tv is 2in thick, or 4 in thick. Little ridiculous.
Plasmas are too heavy-- really guy, are you carrying your tv around to watch it, Just stupid
Customer says, I want a LED, not a LCD. Walmart has them. NO, they don't ALL LED Tv's are LCD's. (omitting OLED)

Value----Plasmas are cheaper, better picture, and can possibly last longer. Who keeps a tv 8 years now anyway. If buying 50in or smaller buy a 720p plasma. You will spend no more than 600 total for a 50in panasonic. There is no need at all for a 1080p smaller. Larger look at the content you are playing. Unless it is Blu Ray, you actually have no need for a 1080p tv, even if your smart teenager swears his XboX or Playstation needs the 1080p to play. The new Xbox and Playstation will have some 1080p plaing content, but most of the games will still be 720p. It takes way too much time to write code for the 1080p games. Gran Turismo 5 for the playstation was or is the example. It was supposed to be a release game in 1080p for the Playstation 3. It is a release game for the 4 now. Still barely finished it in time. 8 years I think in development just due to the code. And they gave up, and made alot still in 720 just to finish.

CONTENT--
Netflix-1080i, pissibly 720p, and 480p standard. NO 1080p content. 5.1 surround is slowly being added but not available on most selections.
Apple TV 3rd Gen--- Dolby Digital capable with 1080p content
ROKU and other boxes are the same as apple tv's
Cable/Sat- all variations of content, very little if any 1080p, but due to limited signal power, even the 1080p content is watered down
Computer--1080p , Dolby Digital
BluRay- Dolby Digital 7.1 and 1080p content with some at 720p
Digital Movie houses- some 1080p but alot are still 720p due to server capability


Video Image scaling== Up-conversion is what they are calling it-- If your tv is a 1080p tv, then it needs 1080 line of information to show an image. Wether that image is actually 1080p (Blu Ray) or 720p tv show it must still show 1080 lines. The tv itself, or blu-ray player, or dvd player, or receiver, or Roku, Apple TV etc.... does it, it matters not. The TV will add in duplicated information to fill the additional lines. So 4k, your TV would add in additional information to a 1080p input, to make it fit the screen and play. They had this years ago, and the image is no better than what it would normally be. So, when your friend has a 4k tv and says, Hey guys come watch the Football game in 4k, you now know it is impossible. Until that game is broadcasted in 4k it wont be EVER. It will be a 720p image, up-converted to fit a 4k tv.

RED is definitely a leader in this field and will likely continue to be a powerhouse for years to come.
Click to expand...

Old Post but worth to be refreshed RED with their new line up of raven, weapon and scarlet-w
Especially when you hook it up to a drone 360 VR Drone Atmosphere Aerial Video | Photography | Imagery
Even though i am a DJI guy

Reviving a really old post, but wasn't really sure where to post this. Currently watching Inside West Coast Customs at work and came across this. Red represented at their shop.

Sent from my SM-N950U using Tapatalk

Jmo65 said:
Reviving a really old post, but wasn't really sure where to post this. Currently watching Inside West Coast Customs at work and came across this. Red represented at their shop.View attachment 433121

Sent from my SM-N950U using Tapatalk
Click to expand...

is an Oakley whore

Have been for years. Jim is friends with John Force and Don Schumacher, all cars from those teams have been running the RED stickers for years.

GRFMotorsports said:
Have been for years. Jim is friends with John Force and Don Schumacher, all cars from those teams have been running the RED stickers for years.
Click to expand...

Old Don not happy with John lately. I am making it a point to keep up with NHRA this year, I was hoping they’d be back to full 1/4 but that’s not happening so gotta learn to be okay with a 1000 ft lol.

THEGROUNDPOUNDER99 said:
Old Don not happy with John lately. I am making it a point to keep up with NHRA this year, I was hoping they’d be back to full 1/4 but that’s not happening so gotta learn to be okay with a 1000 ft lol.
Click to expand...

Yes sir you are correct. They researched and found that the majority of the problems took place after a 1,000 ft mark. That runoff area at that track had some issues too though.

is an Oakley whore

THEGROUNDPOUNDER99 said:
Yes sir you are correct. They researched and found that the majority of the problems took place after a 1,000 ft mark. That runoff area at that track had some issues too though.
Click to expand...

d the track it happened at has now closed the dragstrip. 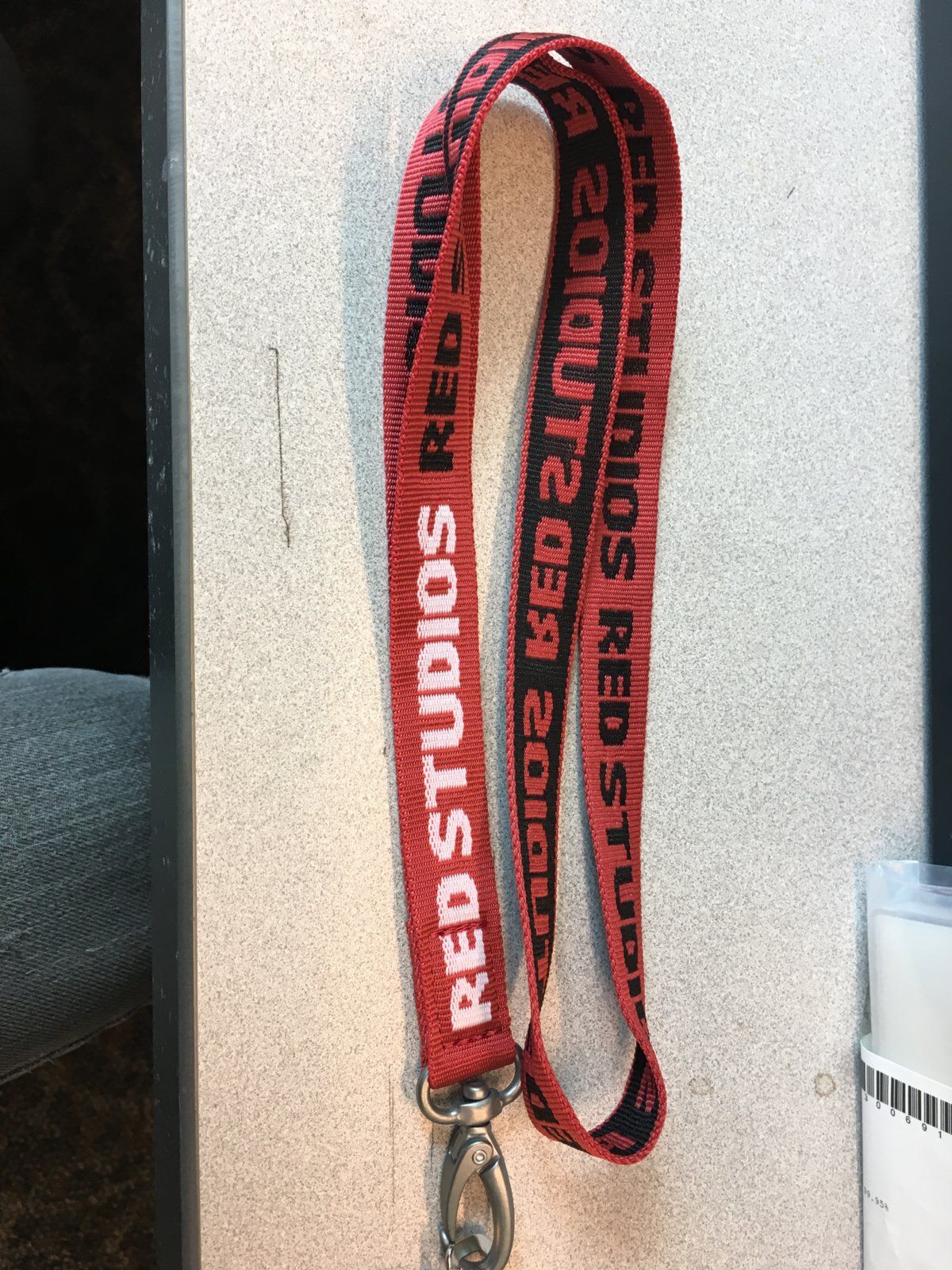